rainbow sweater [ribbing knit sometime october 2022, the rest crocheted across a couple of weeks in january 2023]

just a little experimental thing because i wanted to make something wearable from the rainbow yarn i got in .. december 2020! i like how it came out. also it's 100% woollen ! 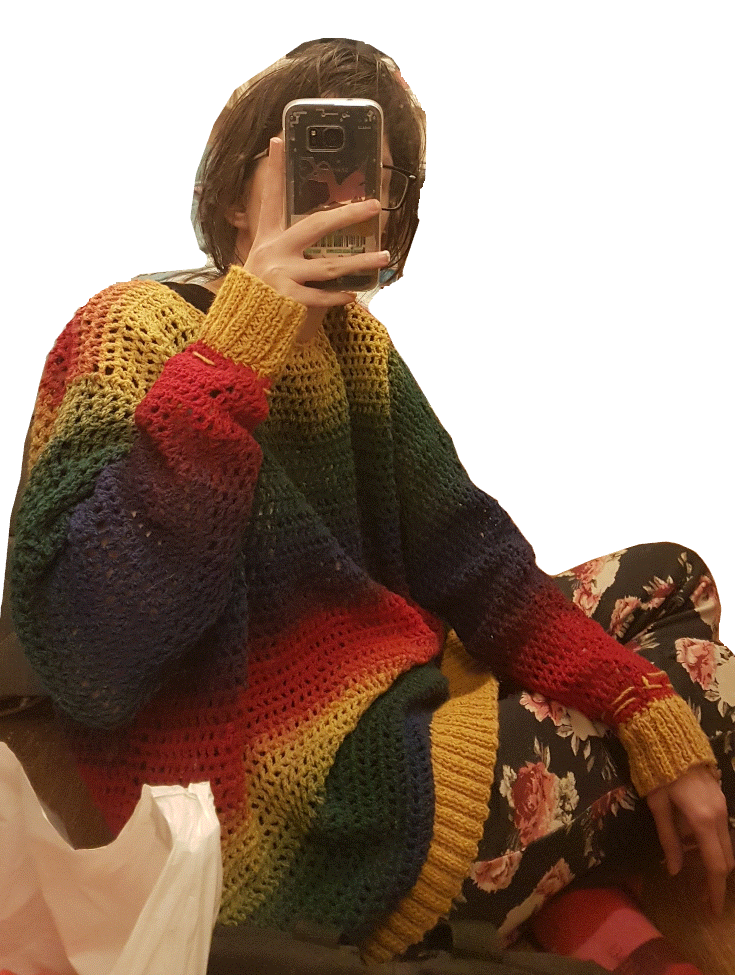 made as a gift to oli xl, the headgear resembling the winged variant of the pilot helmet hes got, as seen on the go oli go! / cartoon smile single cover art. he went like no way!! when he noticed it... :')
was a friend's idea to use a paper captain's hat as the base for it, it turned out really well with some modifications. it's held in place by the thread attaching the face cover (it goes through the helmet) + tiny dabs of superglue.
still really proud of it... was folding some lucky paper stars, some of the tiny strips had a fold in them that made them look like long legs n i had a couple bigger lucky stars to tuck the strips into ... could explore this Idea a little Further via craft Maybe

doodled as to get rid of some restlessness. while listening to aestum selftitled 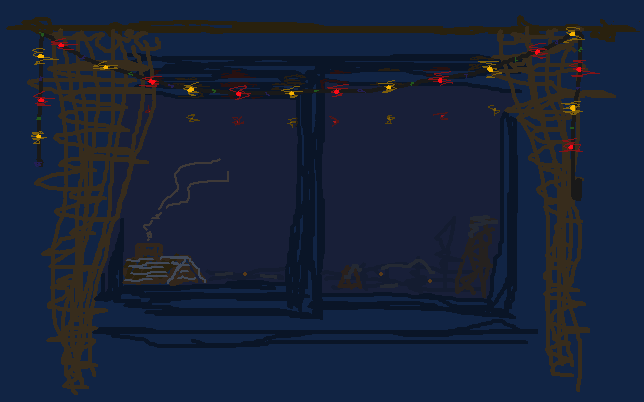